Two Measures of Time was an exhibition of two British sound artists, Max Eastley and Martin Riches, at Stadtgalerie, Saarbrücken from 16th September 2016 to 8th January 2017. 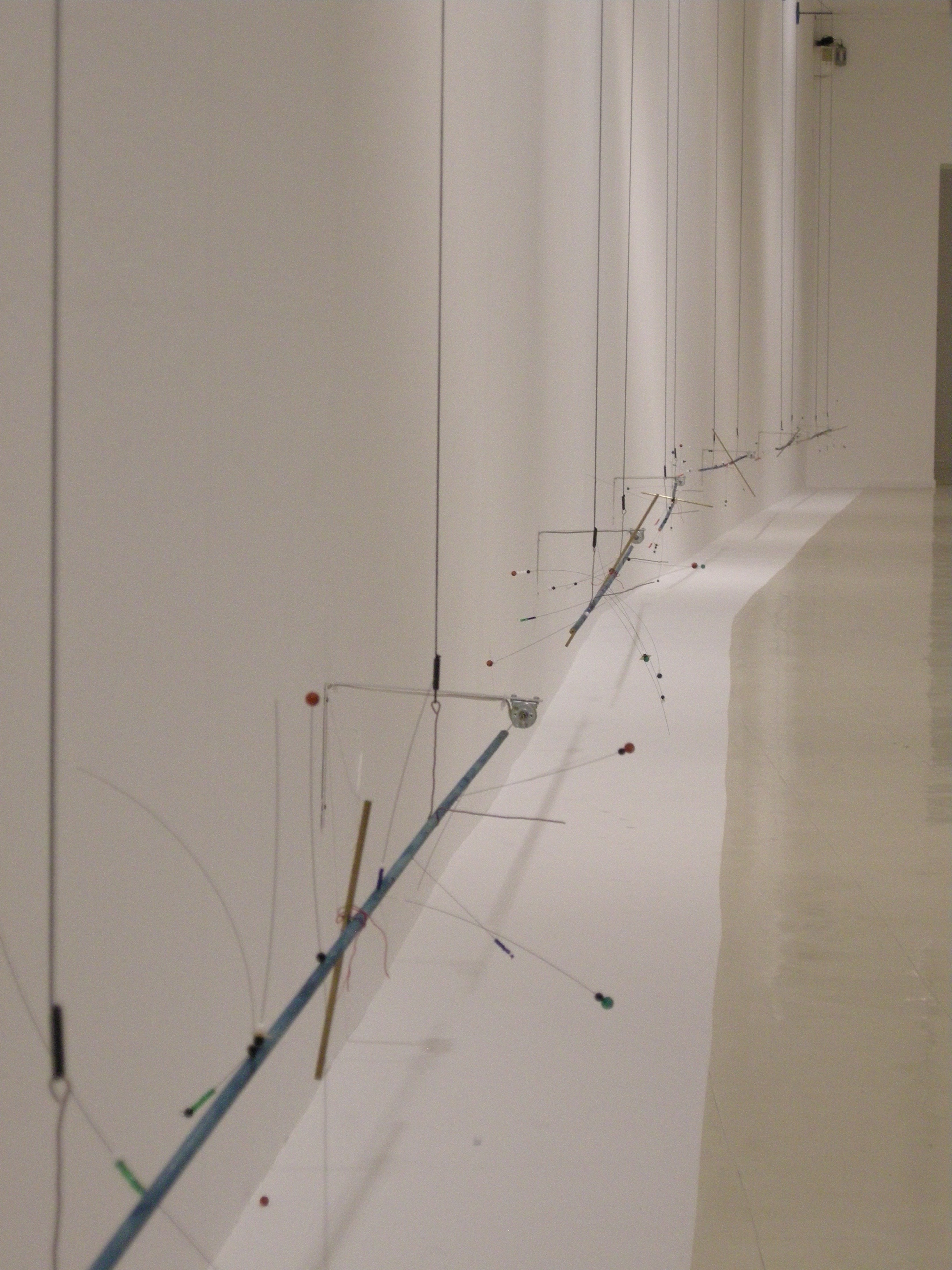 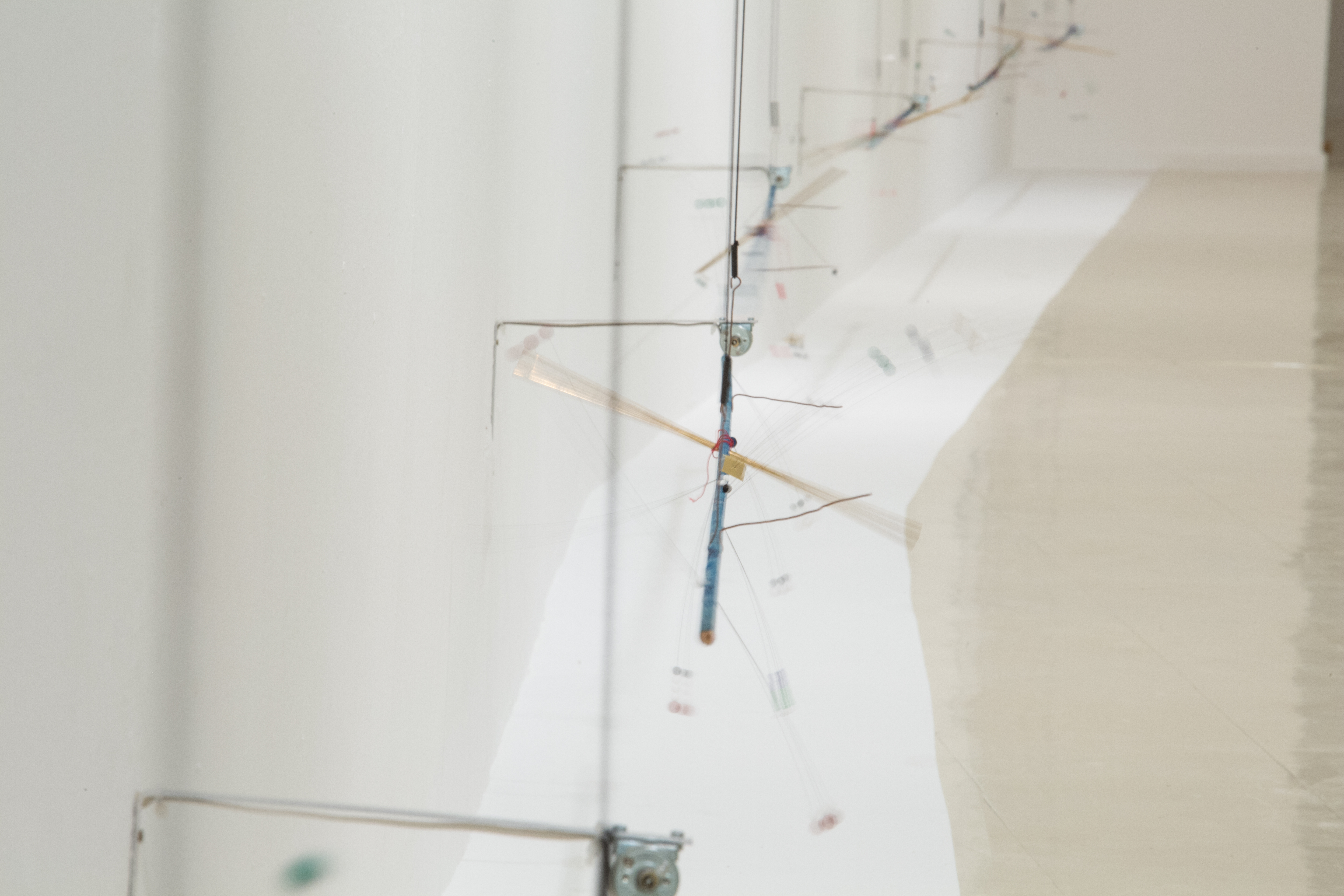 Rotations 1 consisted of six horizontal wooden rods hanging from cords, inset with steel wires holding beads of ceramic, wood and brass tube. There was one long wire on each rod which, as the rod revolved, caught against the wall behind until the torque of the motor built up enough force to make it suddenly release and sound. Overall length of the piece was approximately 25 metres. 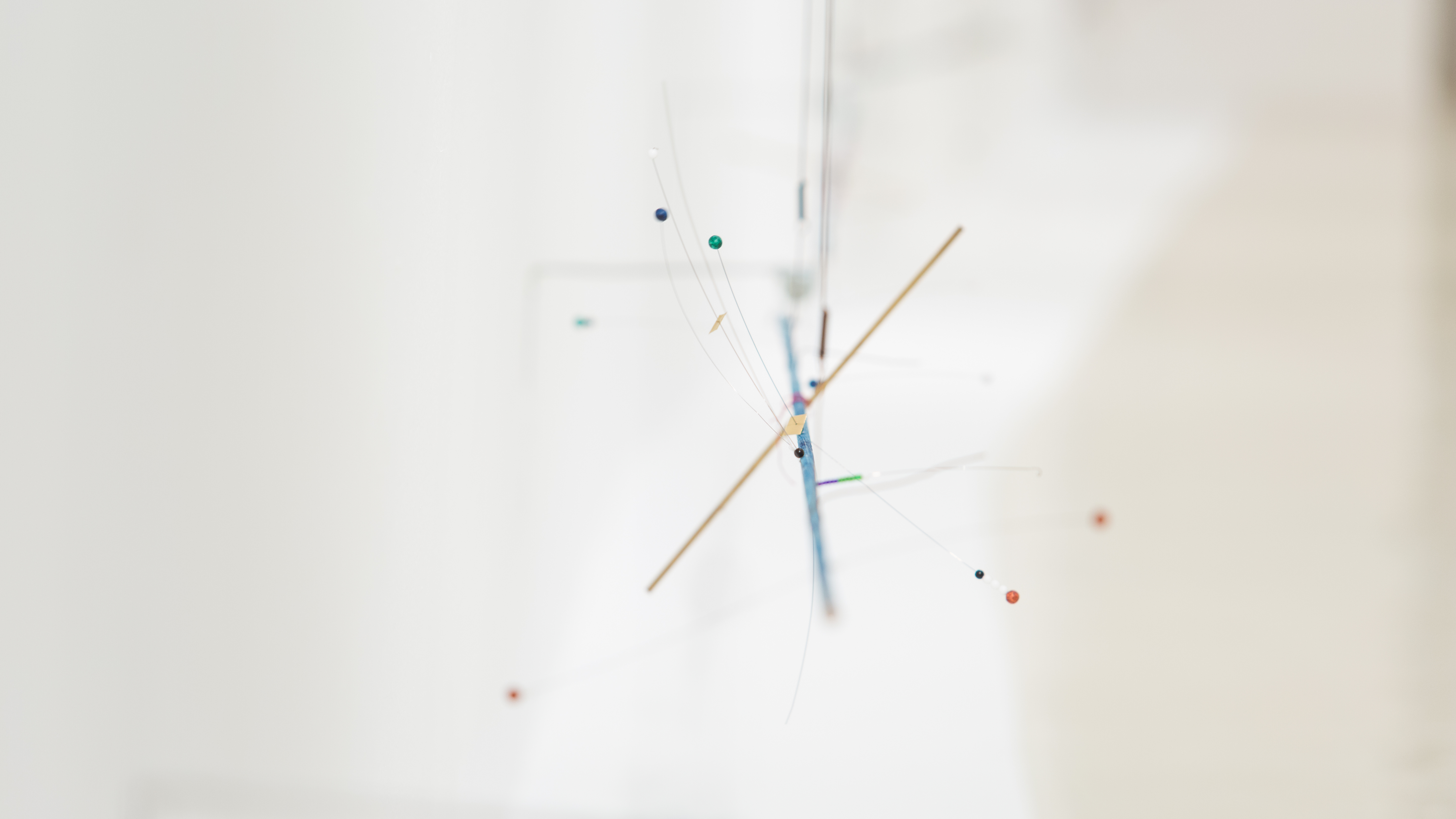 Rotations 2 consisted of seven wooden rods, suspended vertically from motors. At the end of each rod, a sphere was attached. A length of steel wire was fixed into each rod and as the rod rotated, the wire caught onto the wall and was held there for a period of time until tension built up and the wire was suddenly released. This caused the sphere to strike a brass disc attached to the wall. Over the three months of the exhibition, the wires that caught on the wall left a permanent record of their paths. 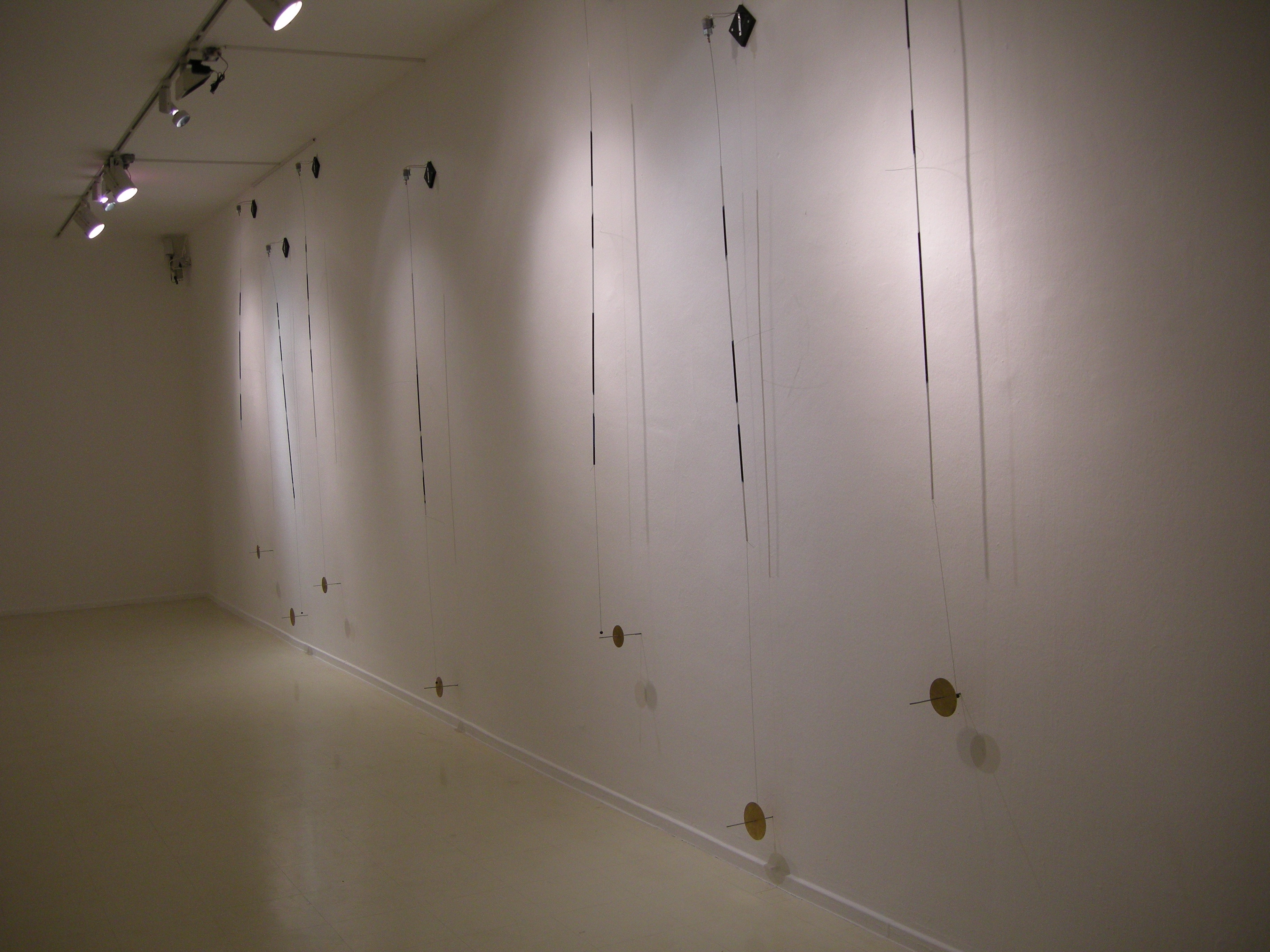 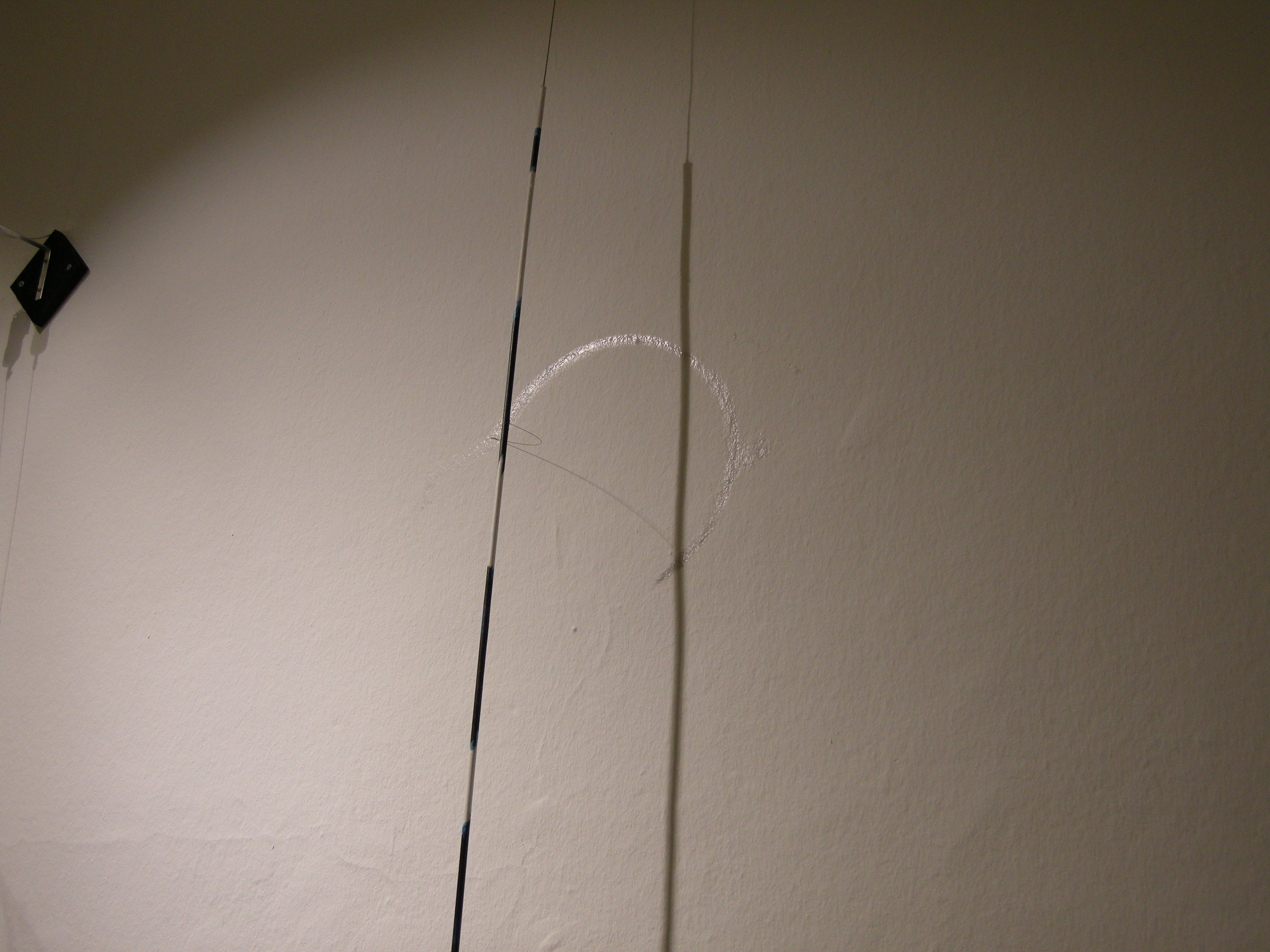 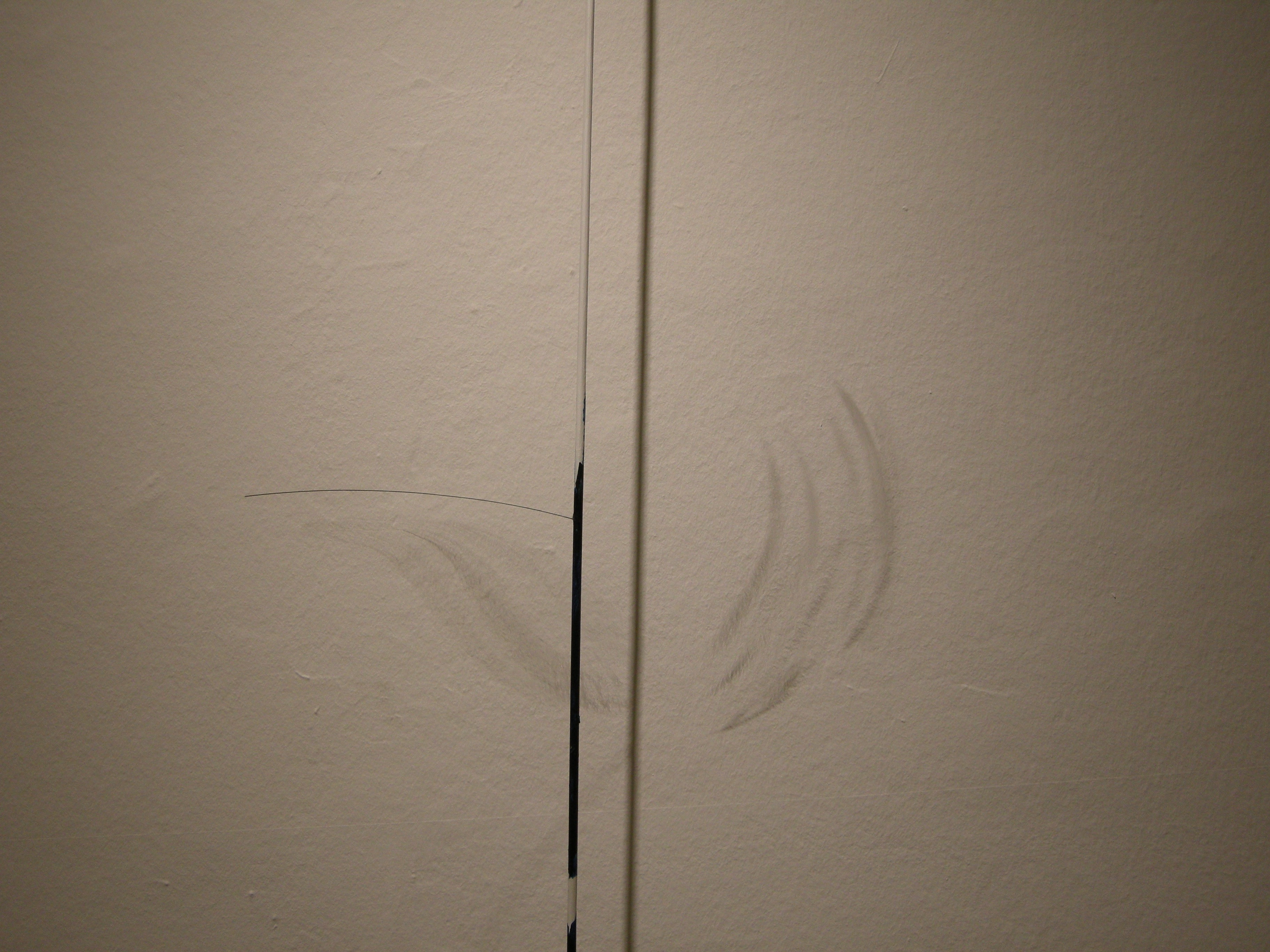 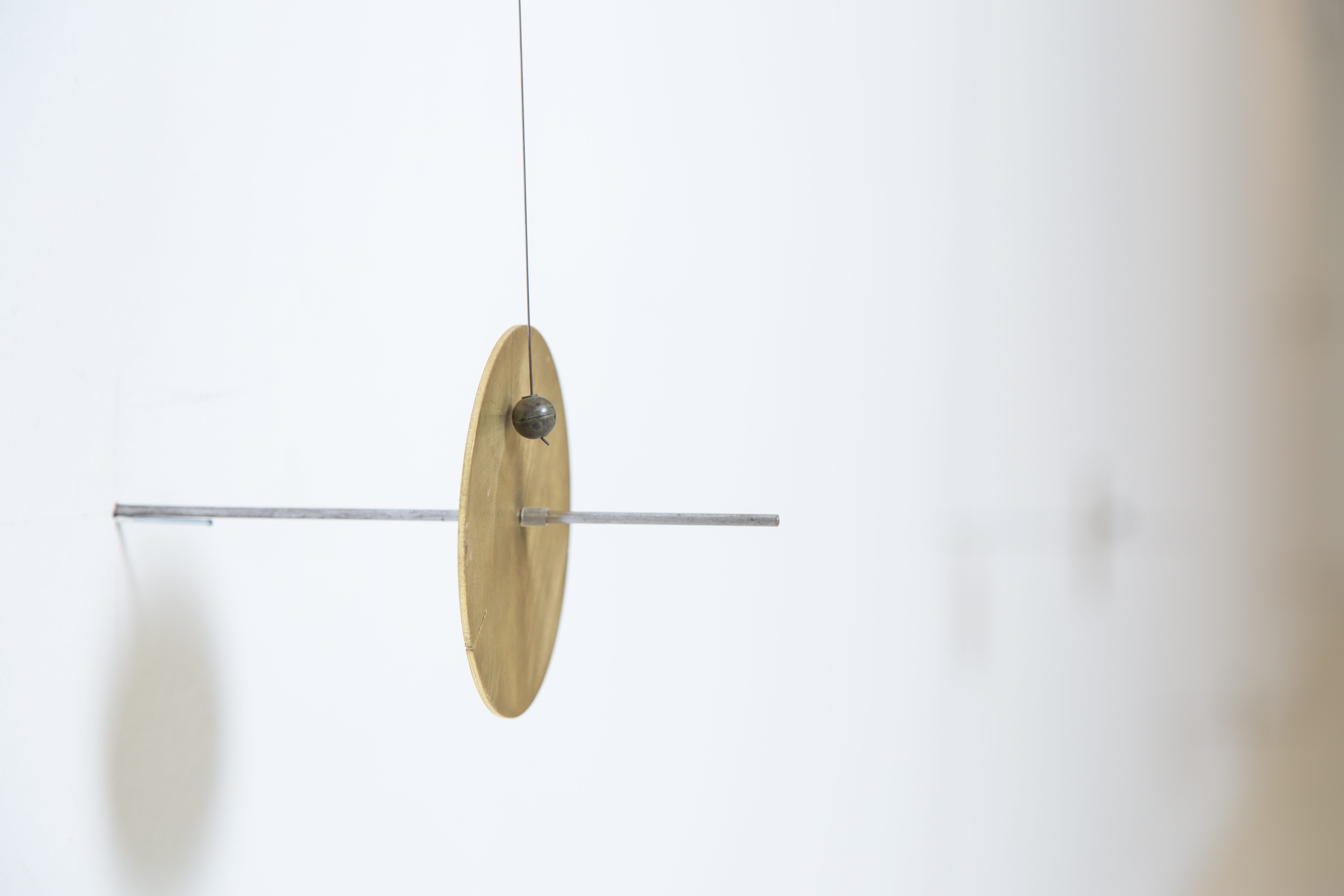 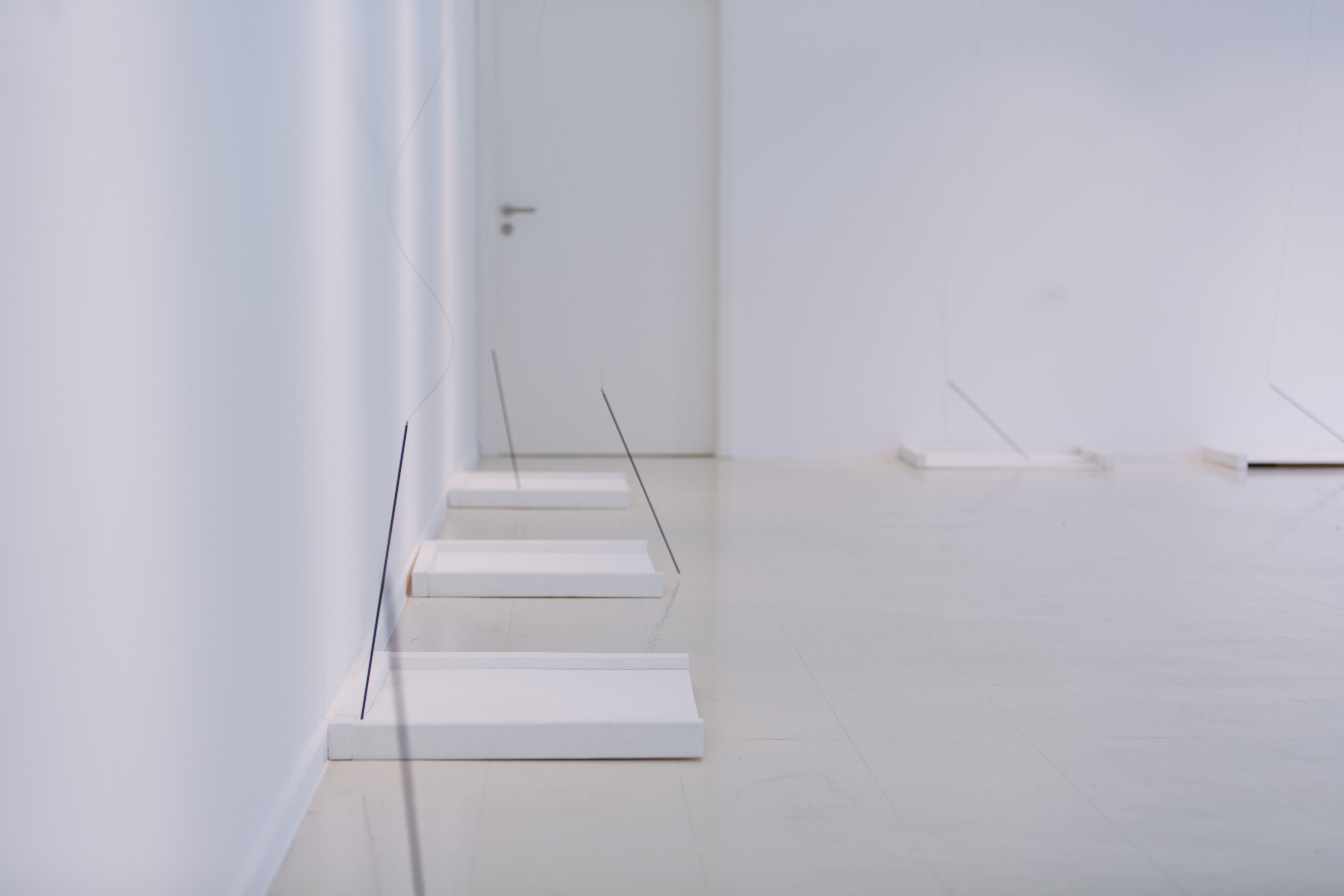 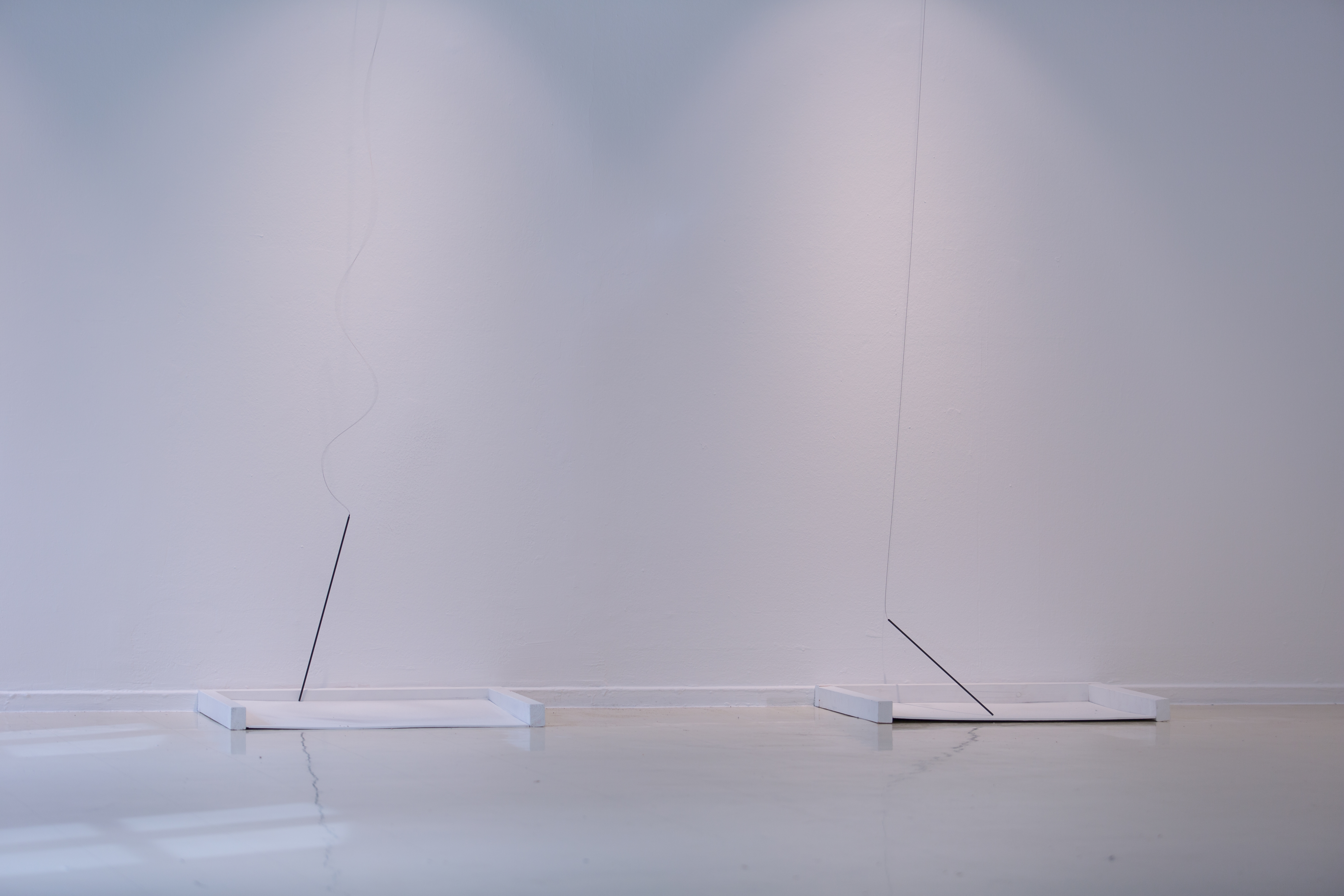 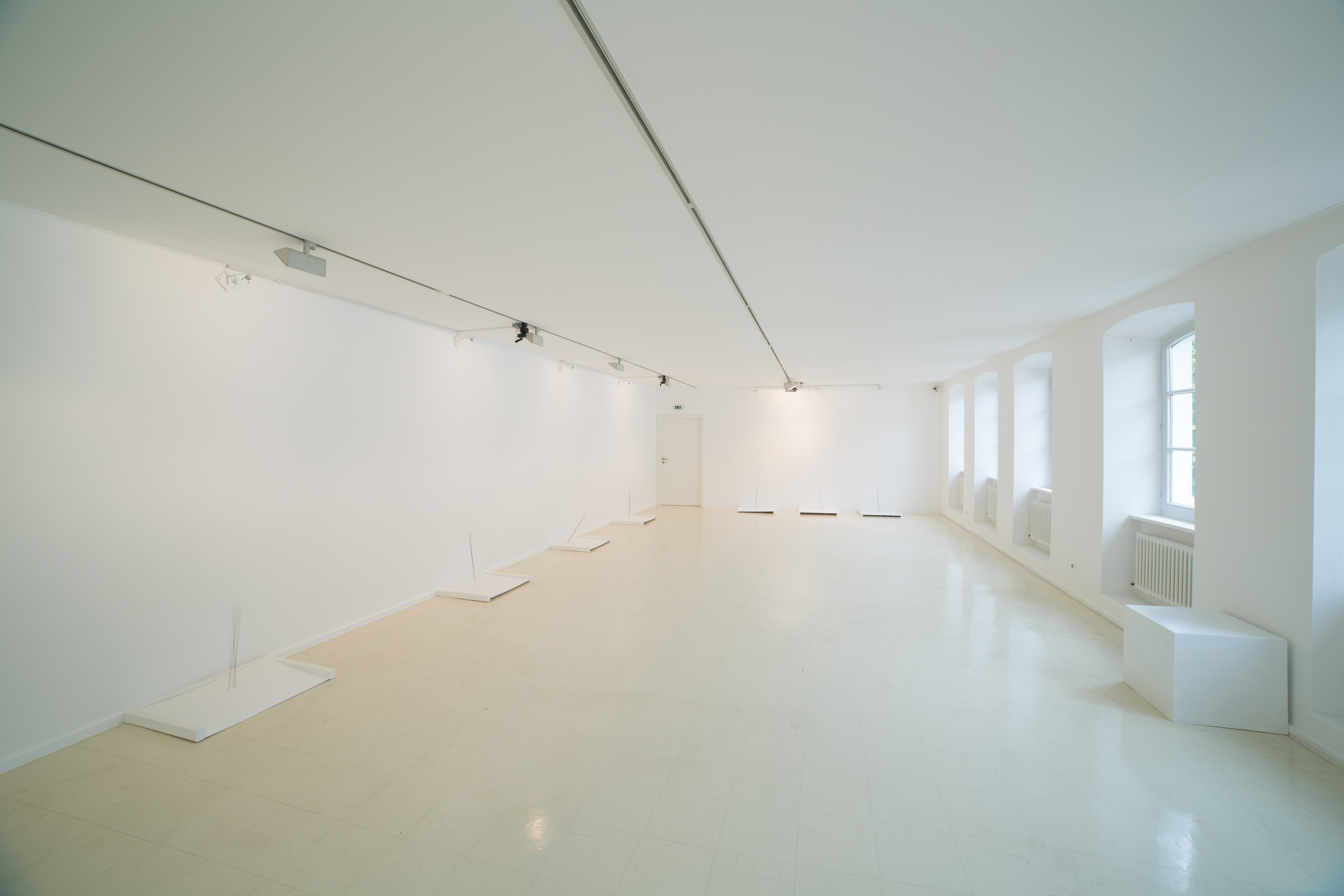 Rotations 3  was composed of twelve carbon fibre rods, attached to steel cables rotated by motors. The rods tapped on adjustable wooden bases raised off the floor and were activated by a motion sensor whenever someone walked into the room.