This installation was part of a series of sound works in the gardens, curated by Carsten Seiffarth. It consisted of three wooden rafts, floating on the canal of an 18th century formal garden. Each raft held four wind harps, made of wood with gut strings. The strings were remarkably sensitive to the movements of the air and the sounds were lightly amplified. On the rafts were wind direction indicators made of brass and carbon fibre. 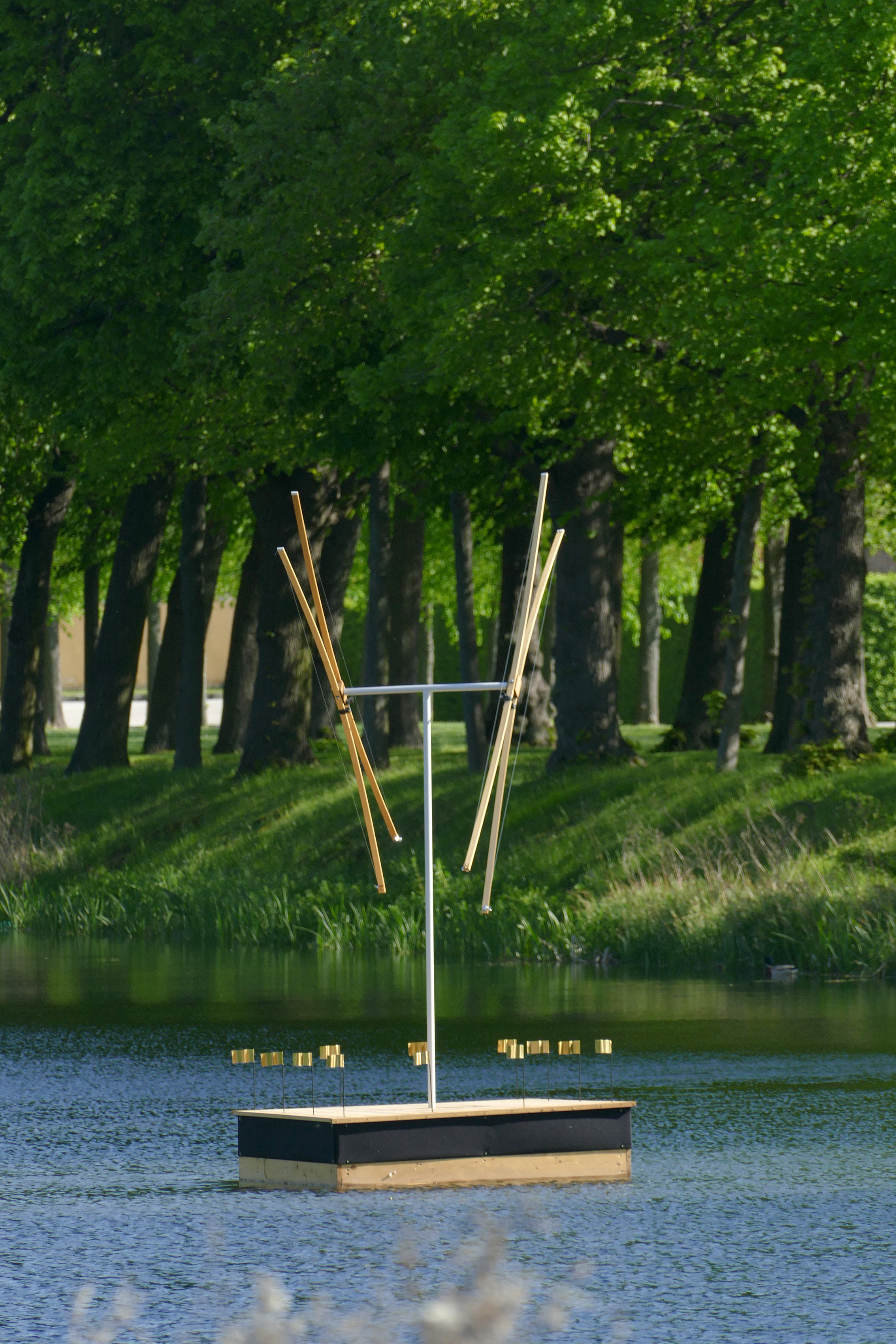 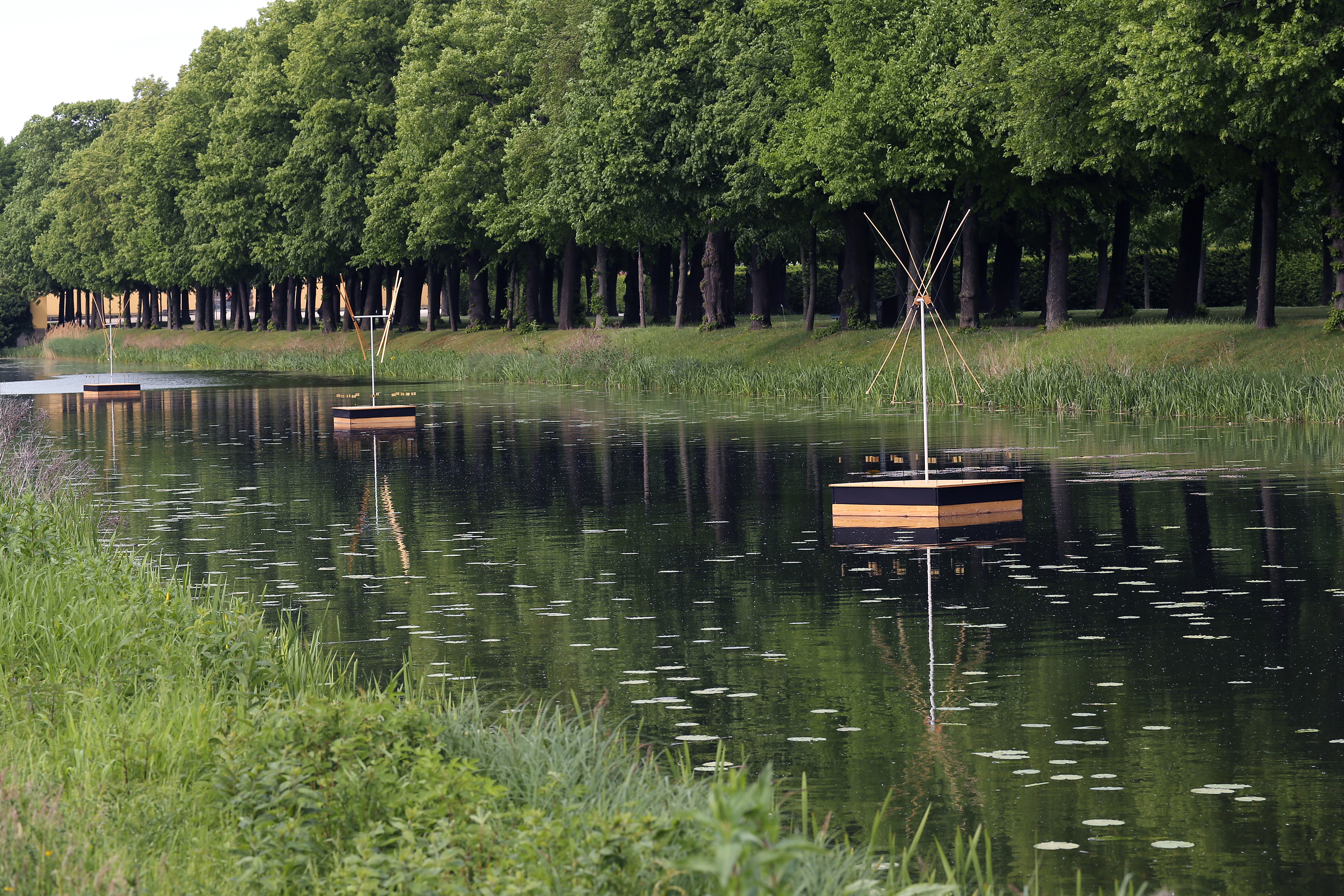 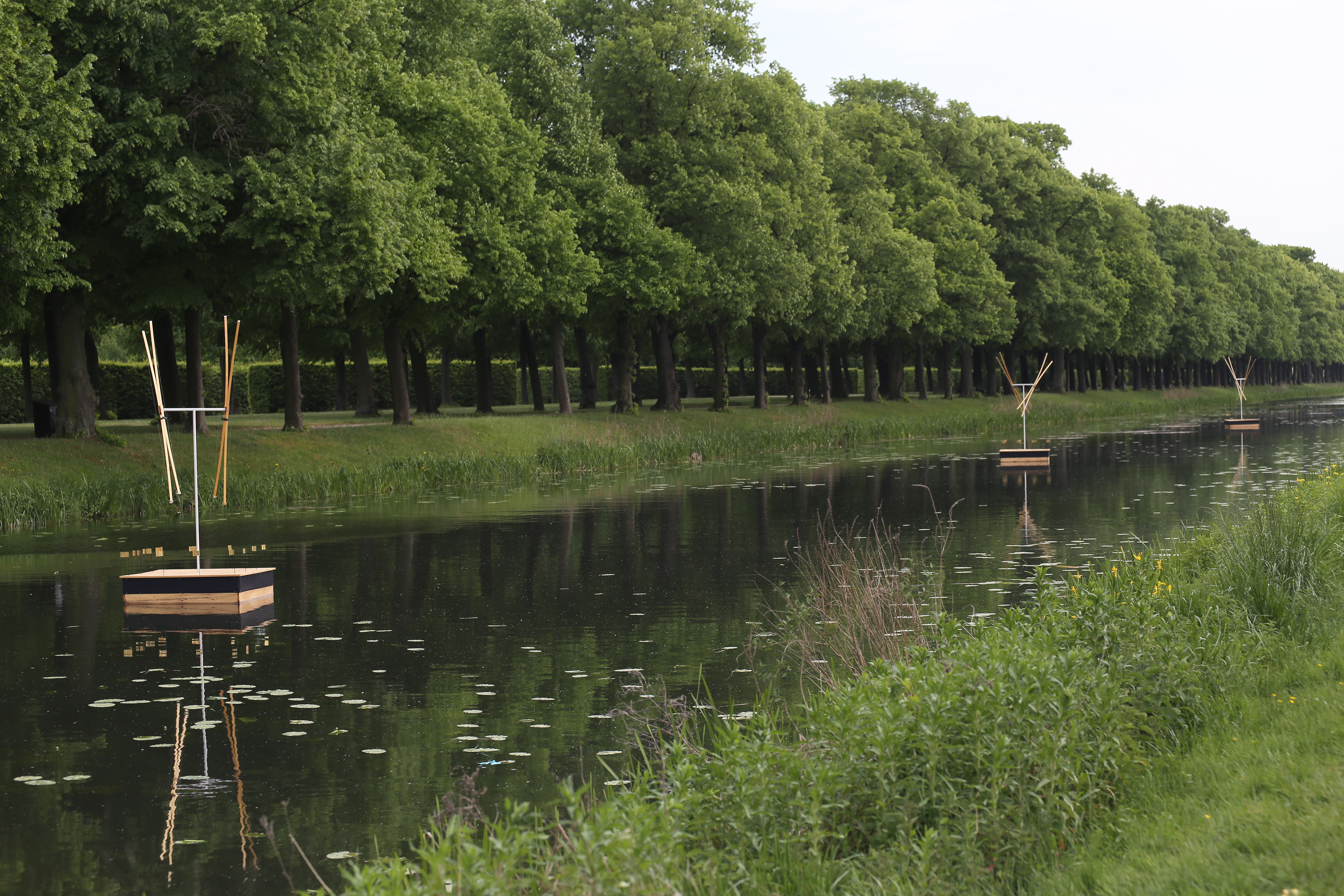 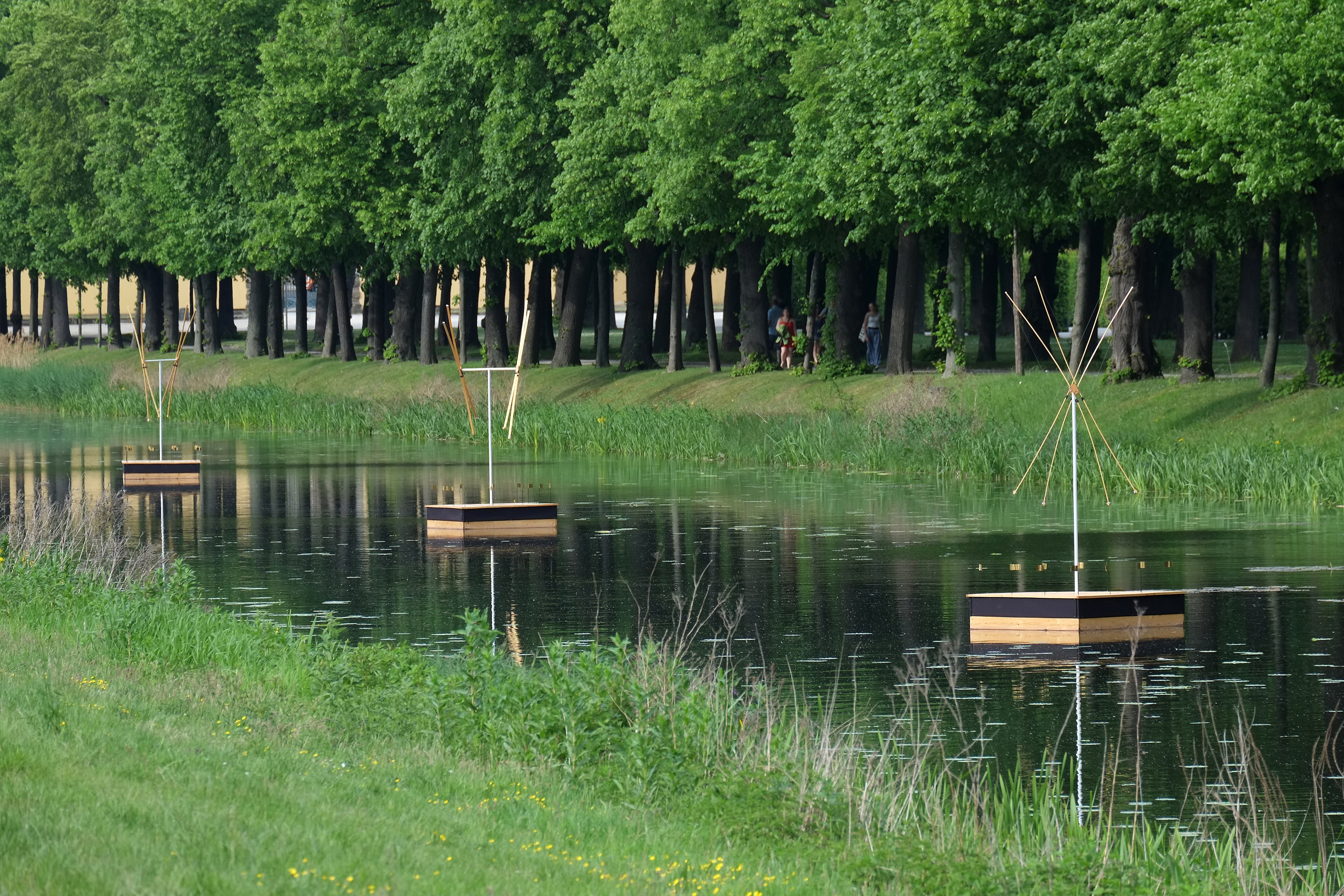 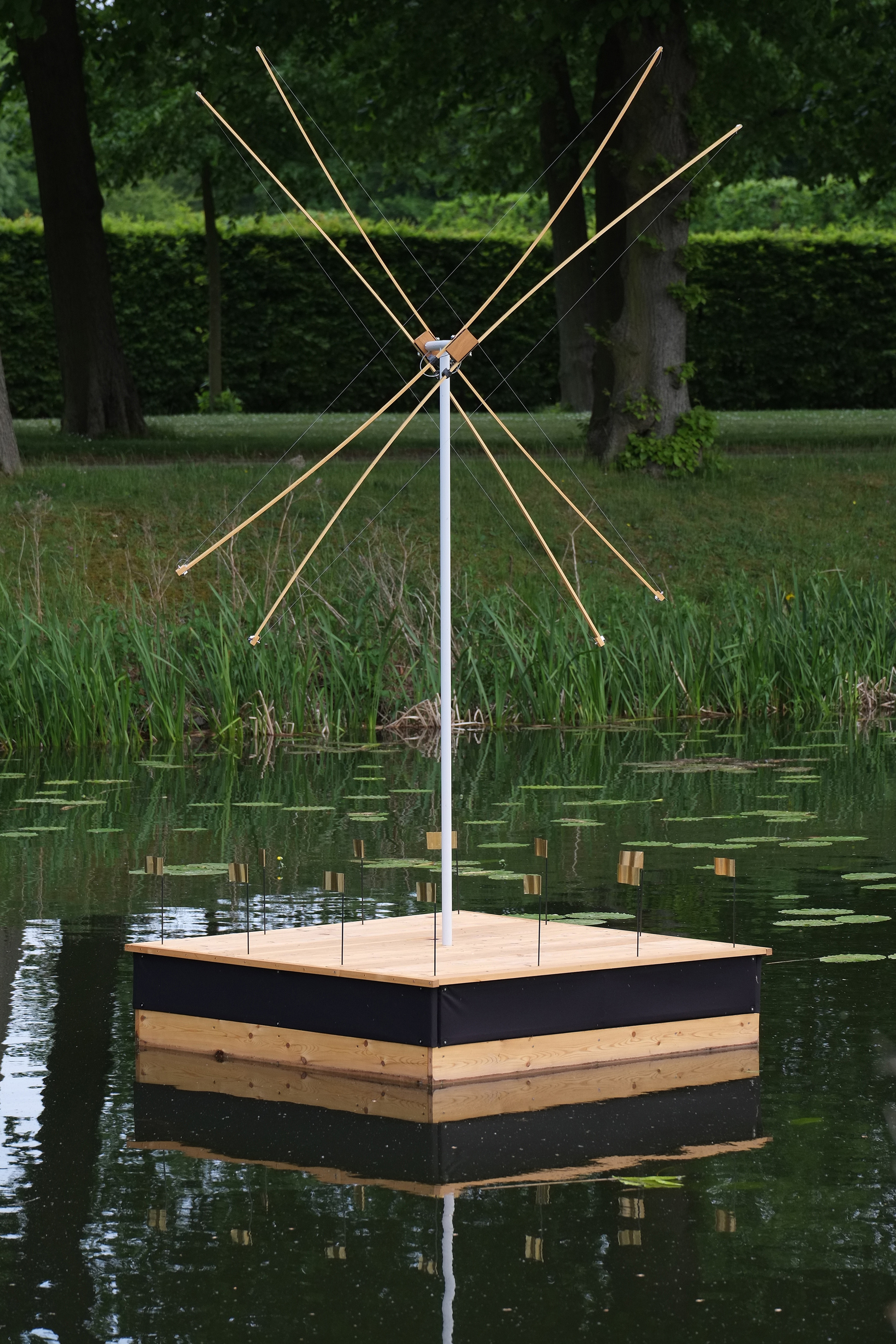